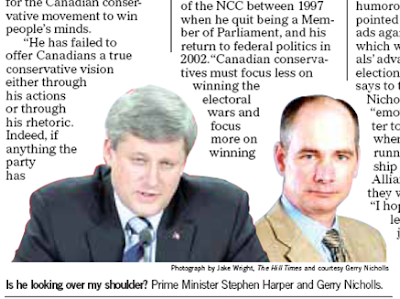 The Hill Times, Canada's politics and government newsweekly, has written nice little summary of my manifesto: The Trudeau Empire Has Fallen and Can't Get up.

Unfortunately, the item is hidden behind a subscription wall, but I've reproduced its accompanying graphic.

By the way, speaking of my manifesto, Conrad Winn, who heads up the leading polling firm Compas, called it a "tour de force on strategy, a must-read for conservatives who want to win and liberals who want to stop them, from the guy whose creative imagination was vital for the NCC's surprising successes."

Posted by Gerry Nicholls at 1:10 PM