In Praise of Maxime

I usually find it hard to praise politicians but in former Conservative Cabinet Minister Maxime Bernier's case I will make an exception.

Well first, there's that excellent speech he made recently in Calgary where he put forward a case for fiscal conservatism as opposed to big spending Harper conservatism.

Second, a few days ago Bernier publicly expressed skepticism regarding aspects of global warming hysteria -- the first federal politician in Canada to do so.

And lastly and not leastly, when I met Bernier a couple of months ago in Ottawa, he bought a copy of my book, Loyal to the Core!

Of course, none of the above will make Maxime Bernier any friends in the PMO, but it does give a little hope to those Canadians who believe in more freedom and less government.
Posted by Gerry Nicholls at 8:10 AM 8 comments:

This building in Exeter is the site where the Republican Party was founded in 1853. 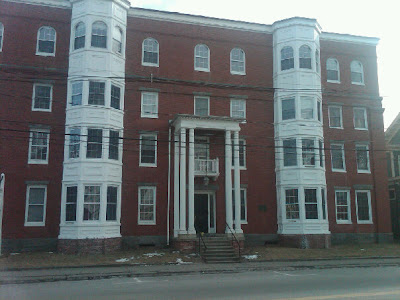 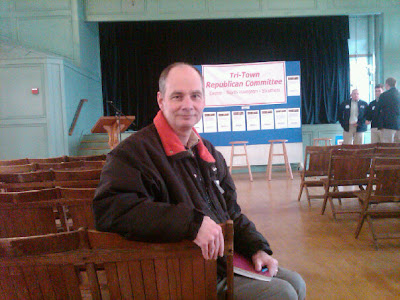 Here's me in the Exeter Town Hall, where Abraham Lincoln once gave a speech.
Pretty cool eh?
Posted by Gerry Nicholls at 8:40 PM 1 comment: 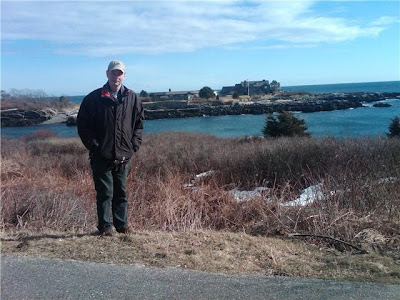 Did a little sight-seeing in Maine recently and paid a visit to the Bush family's Kennebunkport retreat.
Unfortunately, no one was home.
Posted by Gerry Nicholls at 3:46 PM 1 comment: