(Note this column, originally appeared in the Ottawa Hill Times on October 14, 2018) 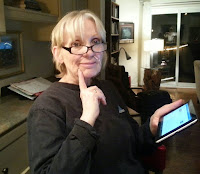 I know it’s my job, but right now it’s really difficult for me to write or even to think about politics.

That’s because my wife of 30 years, and the person who meant more to me than anything else in the universe, recently passed away.

And it all happened so fast.

Just a few short months ago, Patti and I were a happy couple, looking forward to growing old together.

Now she’s gone; I’ve lost not only my wife, but my best friend and my soul mate.

As you might imagine, the grief I’m enduring is almost unbearable.

In the last few weeks of her life, when we knew all hope was lost, when he knew the cancer within her was unstoppable, I became her full-time nurse, doing everything I could to make her comfortable.

And it was during that sad period that I was reminded of how much time we all spend worrying and fretting about things which, in the grand scheme of life, don’t really matter all that much.

This is especially true about politics.

As a matter of fact, as I watched my wife’s life slowly fade away, it seemed so odd to me the way people were working themselves up into an emotional frenzy over things that more than likely wouldn’t impact their personal lives.

What I mean is, people react to things like the Ontario Premier invoking the Notwithstanding Clause or a backbench MP crossing the floor, or a politician tweeting about diversity, as if they were all matters of life and death.

But they really aren’t.

Indeed, at the end of the day, does it really even matter to most of us who wins the next federal election?

Probably not; the lives of 99 percent of the Canadian population will go on as usual no matter who wins in 2019.

In other words, on the day after the 2019 vote, the sun will still rise as it always has.

Yes, I know for partisans, who like to get emotionally wrapped up in the issues of political combat, what I’m saying here seems like blasphemy.

After all, politics has morphed into a zero-sum game where the players desperately want their political team to win.

In fact, so desperate are the players, that if their political team doesn’t win, it often sends them off into a deep, dark funk – they become depressed or angry, they lash out at the “other side.”

And in the process of generating this constant state of anxiety, they end up magnifying in their minds the importance of politics, making any loss or setback intolerable.

Of course, the media and advocacy groups do everything they can to keep all sides in politics agitated to the max, because, let’s face it, conflict and anger make for both good copy and for more donations.

So everybody is angry all the time. And that’s not good.

Now don’t get me wrong here, I’m not saying we shouldn’t care about politics or about promoting our ideals.

We absolutely should, since that’s what makes democracy work.

My point is simply, that we need to keep a sense of balance in our lives; we need to remember what truly matters to us personally.

In short, we should keep our priorities straight.

And when it comes to our priorities, nothing should matter more to us than the happiness and health of our loved ones.

So the next time you feel yourself getting all upset and irate because your “side” lost an election or lost a policy fight, just remind yourself, there’s a lot more important things you could lose.

Posted by Gerry Nicholls at 7:41 AM No comments: