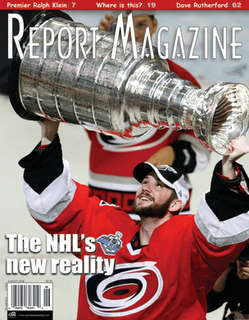 Here's a couple of my columns which have appeared in Report Magazine.

This one deals with why I think the Liberal leadership candidates are heading in the wrong direction; and this one looks at union bosses using forced dues to promote their own political agendas.

Just did an interview on Charles Adler regarding my views on the Liberal leadership race.

Am scheduled to do an interview tonight on the same topic, on CKNW's Nightline BC at about 10:00 PM Eastern time.
Posted by Gerry Nicholls at 9:16 AM

Your column on the Liberal leadership was interesting. I agree for the long-term health of the party it shouldn't move to the left, but I disagree moving to the left would hurt its chances at winning the next election. People have short-term memories so every now and then we elect left wing parties. But after the economic damage of left wing policies, became apparent the party not only gets turfed, but annihilated. So if the Liberals only care about winning the next election, then move to the left, but if they care about remaining the natural governing party than stick close to the centre.