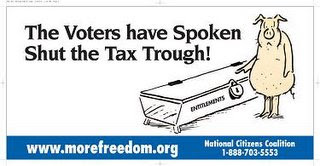 Parliament is back in session today, meaning our hard-working politicians are once again performing the important parliamentary task of hurling insults at each other during Question Period.

But this session will be unlike any other.

This new coalition will be an alliance of MPs representing all ideological stripes, political persuasions, religious beliefs and hair colors.

In fact, the only thing these politicians will have in common is the shared desire to leap into the MP pension trough.

You see there are 74 MPs who have not yet qualified for the “gold-plated” parliamentary pension plan, a pension plan which could only exist in the fantasy world, otherwise known as government.

In the real world, your typical citizen must work 40 or 50 years to qualify for a pension so small it will barely pay for shuffle board lessons.

MPs, on the other hand, qualify for a pension after only six years of “work”. And what’s more, retired MPs can start collecting wheelbarrows full of pension money the day they hit age 55.

Unfortunately, however, 74 MPs currently in the House of Commons have not yet served the full six years, meaning if an election is held this fall, and they lose, that’s it, no pension!

They will have to make due with a paltry severance package worth about $35,000.

Faced with this stark reality the “Parliamentary Coalition of 74 MPs” will band together to thwart any attempt to dissolve the House.

“Hey, hey, ho, ho, we won’t go til we get our dough” will likely be the Coalition’s slogan.
Who knows we may never have an election again.
For more on the MP pension payouts check out this Canadian Taxpayers Federation report.
Posted by Gerry Nicholls at 5:50 PM

When my local council meets, one of the first order of business is for members to declare any pecuniary interest on any agenda item. I guess our MPs don't have the same requirement. Jack Layton is interested in preserving his pension!

I enjoy your posts, Gerry. It is nice and refreshing to read someone who remains a conservative when all around have become, well, exactly what you should have expected from a lifelong politician like Harper and those who follow and support him.

But on MP salaries and pensions, I will have to disagree with you. I think that not only are MPs underpaid - and we see the result in the quality of the MPs - but that they deserve a gold plated pension plan (albeit relatively small when compared to private pension plans).

My reasoning is this: the life of an MP is volatile, they could run and not win, win and then lose in the next election, fight like hell over an issue of public and personal importance win and then lose. Tough luck? Sure, but who is going to choose to give up a secure job that pays for their family and provides for their retirement? The pension in particular is important to ensure that good citizens would not suffer longterm financial harm to themselves, their spouses and their family from serving Canadians.

If anything, I would reverse it. Make it easier to qualify, but then more quickly cap it or have only a moderate growth over time. Both measures would ensure that the incentive to stay longer would not be there and would not provide an incentive to hold on too long. Salaries should be increased too.

Is there a list of their names somewhere on the web? I'd love to see a campaign/movement organized to see all of them denied (if another election is shortly forthcoming)...regardless of political affiliation.

Ted, I beg to differ. Try paying new MP's much larger salaries which decrease with each re-election, and scrap their pensions completely. Citizens should be encouraged to put their lives on hold while they serve in government, but not for too long. A retiring or defeated Conservative, and most Liberals, would then return to earning a living, while NDPee and Blech MP's would deservedly be out in the cold.

Ted, I have no problem with MPs having a pension, it's just the one they enjoy right now is so out of wack with what's available in the private sector. Simply put, it's too rich.

Gord, I can't find a list online, but it would just be a matter of checking out those MPs who were first elected in 2004 or later. Actually, back in 1997 when I was at the National Citizens Coalition, we ran a campaign which did exactly that, it targeted MPs who were about to qualify for pensions -- we called it Operation Pork Chop!

It may be rich. There is some argument there. I don't know what the exact right amount would be and no one could ever agree anyway.

But even then, I stand by my view that it would be better to give them a very good rich pension sooner but one that grows a lot slower than the market.

We want a variety of people representing us, from all walks of life and background. Primary among those, I think, the kind of people we want are ones that have had some significant life experience - worked out there in the real world for a good long part of their lives - have paid taxes, have had kids, have used our hospitals, seen a few changes of government, have shown some demonstrable success in their field, are well past the stage of "finding themselves".

That kind of person is almost by definition in their 40s to 50s. That is their prime earning years or the most critical time for someone trying to generate income for retirement, theirs and their spouses, or are facing the crunch of university costs for their kids, or are now in charge of the family farm upon which his or her parents rely as much as his or her kids.

I think if we want the best and the brightest, the most generous and selfless, we have to make it so they are no financially hit and they don't think their families will be financially hit.

Pork chop...that's good. I'll research it, but 308 is a lot of ridings to go through. Enjoy your blog very much, even if my political leanings differ from your own. I've started a blog aggegator called Canada's Best Political Blogs and I've included your's.

Any suggestions for other worthy and well written Tory blogs would be appreciated...the only other right leaning one I have listed is The Politic.

If you want to check it out here's the URL: